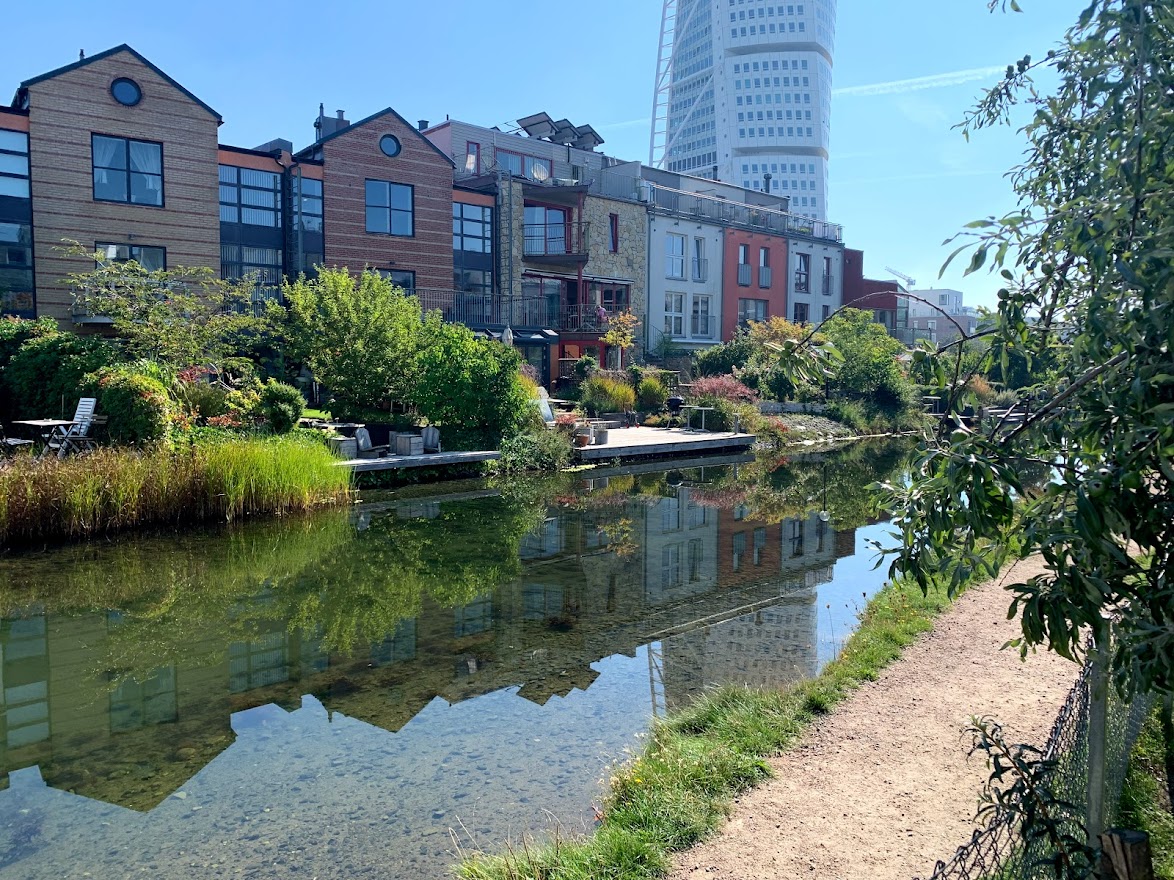 Being constantly inspired is always necessary. Therefore, our studio visited Malmö, Sweden, where we thoroughly inspected the experimental district BO 01.
In 1992, the UN conference “Environment and Development” took place in Rio de Janeiro, which influenced thinking about a city in the 1990s: it inspired the creation of districts such as Vauban or BO 01.
The development of Malmö was influenced not only by this conference, but also by the construction of the Oresund Bridge, which was to be completed in 2000. Thanks to it, Malmö got connected with Copenhagen and created one large agglomeration of European importance.
Thus began preparations for the construction of the model “City of Tomorrow”, which was to be established in the area of ​​Vastra Hamnen. Malmö had a negative image and high crime at the time, many residents moved to the surrounding suburbs and did not want to live in the city. The area of ​​the bankrupt shipyards seemed ideal for construction: close to the center, and also as a symbol of the industrial decline of Malmö, which will turn the construction of the new district into its pride. The new Oresund Bridge can also be seen from the area. The project was called Bo 01 (bo = housing).
The project was commissioned by architect Klas Tham, who developed a master plan and a “Quality Program” – a document that set the architectural quality and energy standards that developers had to meet. They had to commit to this program if they wanted to build on the site. The city provided reclamation and the construction of infrastructure, developers who hired architects were in charge of construction of actual buildings: in the locality, 20 developers built projects made by 26 architectural studios.
Klas Tham created a master plan based on the principle of a “grid that was blown by the wind.” Tham is often inspired by medieval cities and their crooked spaces, he also applied this system in Bo 01, where he holds rectangular blocks: houses can be regular and easy to build, while public space is irregular.