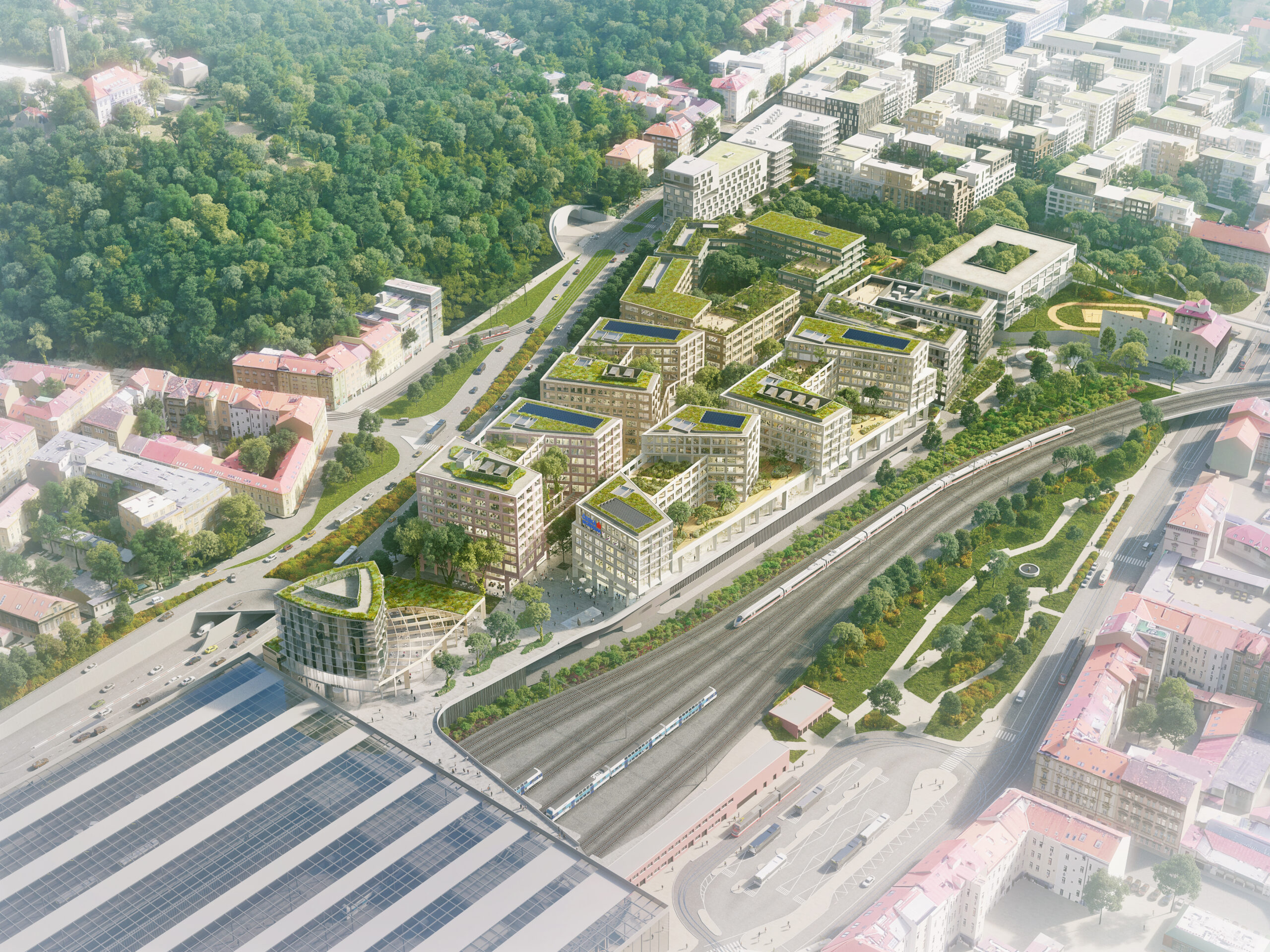 The implementation of the project of the new headquarters of the largest Czech banking house has significantly approached. At the end of November, a positive opinion was issued on the environmental impact assessment EIA for the second stage of the Smíchov City South project. The new headquarters of Česká spořitelna, which will be built on the land of the former freight station in Prague’s Smíchov, is part of a project to build the largest comprehensive district in the modern history of the metropolis. The winning design of the buildings, designed together with the Austrian studio Baumschlager Eberle Architekten, arose from an international architectural competition announced in 2017.