The new headquarters of Česká spořitelna in Prague´s Smíchov

The winning design of the new headquarters of the largest Czech banking house came from an international architectural competition announced in 2017. The jury was most interested in the ideas presented jointly by the prestigious Austrian studio Baumschlager Eberle Architekten and Pavel Hnilička Architects+Planners.

Brownfield near Smíchovské nádraží is connected to the urban structure of Smíchov, with its characteristic block of flats. It sensitively connects to the residential part of the northern part of Smíchov City with a connection to the existing street network. In the north, it is separated from the northern part of the development site, which will be intended primarily for housing, by two large parks. Although the newly designed development of the Česká Spořitelna campus (Smíchov city - south) carefully connects to the fragments of the surrounding street structure, its arrangement and separation creates a separate enclave that has its links to the surroundings rather distant. Apart from the building of the new school in the north and the new building on Radlická Street, there is no close spatial connection to the surrounding buildings. 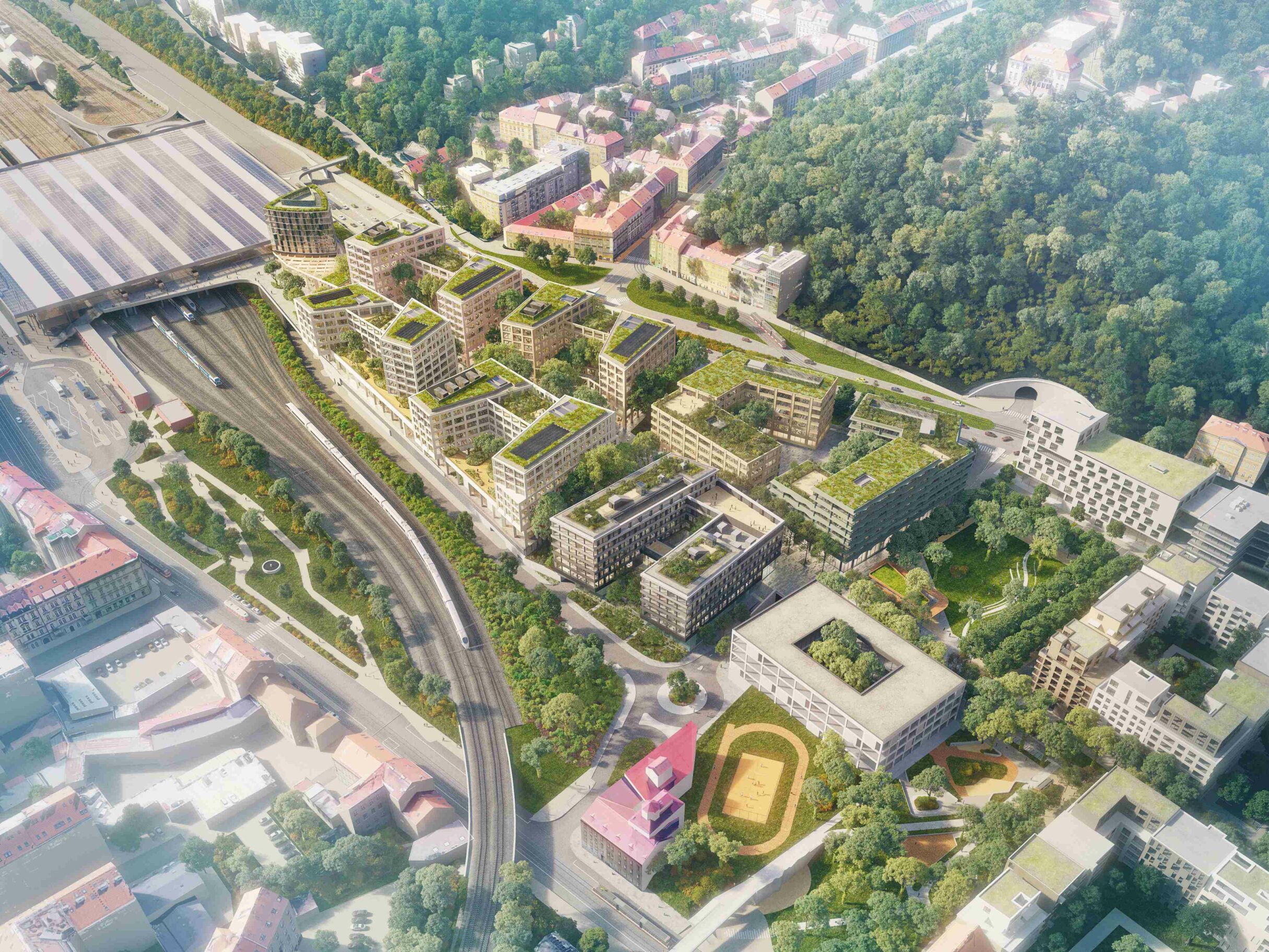 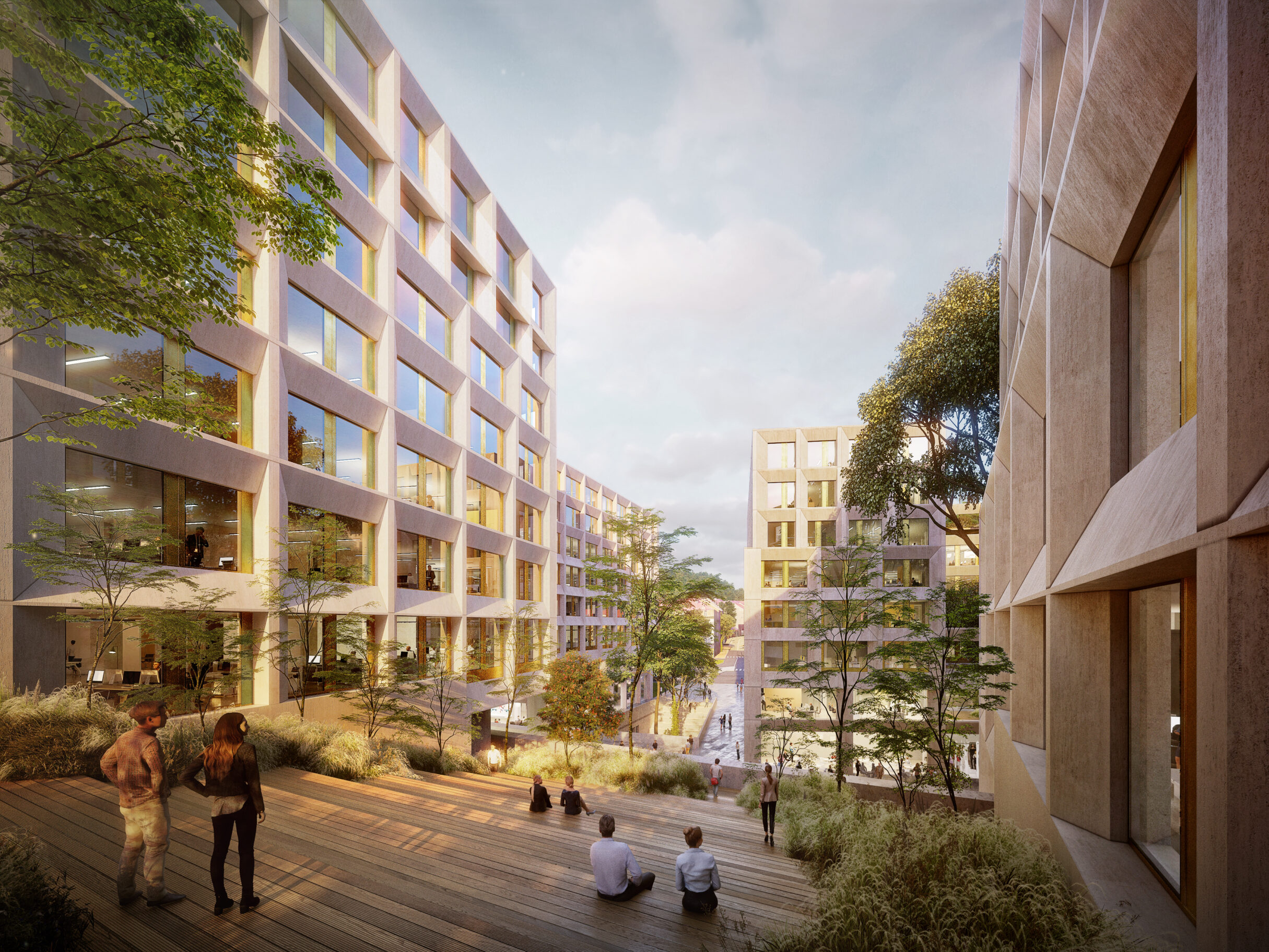 The development of the Česká Spořitelna campus suitably complements the existing urban structure and fits into the city skyline. The campus is oriented longitudinally with the Vltava basin, and therefore the view from Prague´s historical city center will be eliminated. From the view from the east, the campus gets Paví vrch peak into the background, which significantly exceeds any development and thus creates a green backdrop in the background. In combination with landscaped roofs on all floors, the individual buildings are visually separated. For example, the garden above the lobby of Česká Spořitelna at the level above the second floor will create a significant landscaped area that extends beyond one of the wings of the house. Any observer will perceive the part of the plinth (lobby) and the part of the buildings above the upper park separately.

Due to the narrow building shape of the campus, the block structure locally changes to hybrid. That means that the individual building blocks do not have built-up courtyards all around, but open for daylight and views. Thus, there is not only one height in the solved area, but the heights of the buildings are different from each other and instead of a monolithic silhouette, a more interesting visual view is offered. Towards Radlická Street, the houses create a clear and solid street line and, with the help of two rows of trees, complete the city boulevard, while towards the Vltava River, the volumes disintegrate into more shapes, creating a softer border of highlights and shadows for distant views. 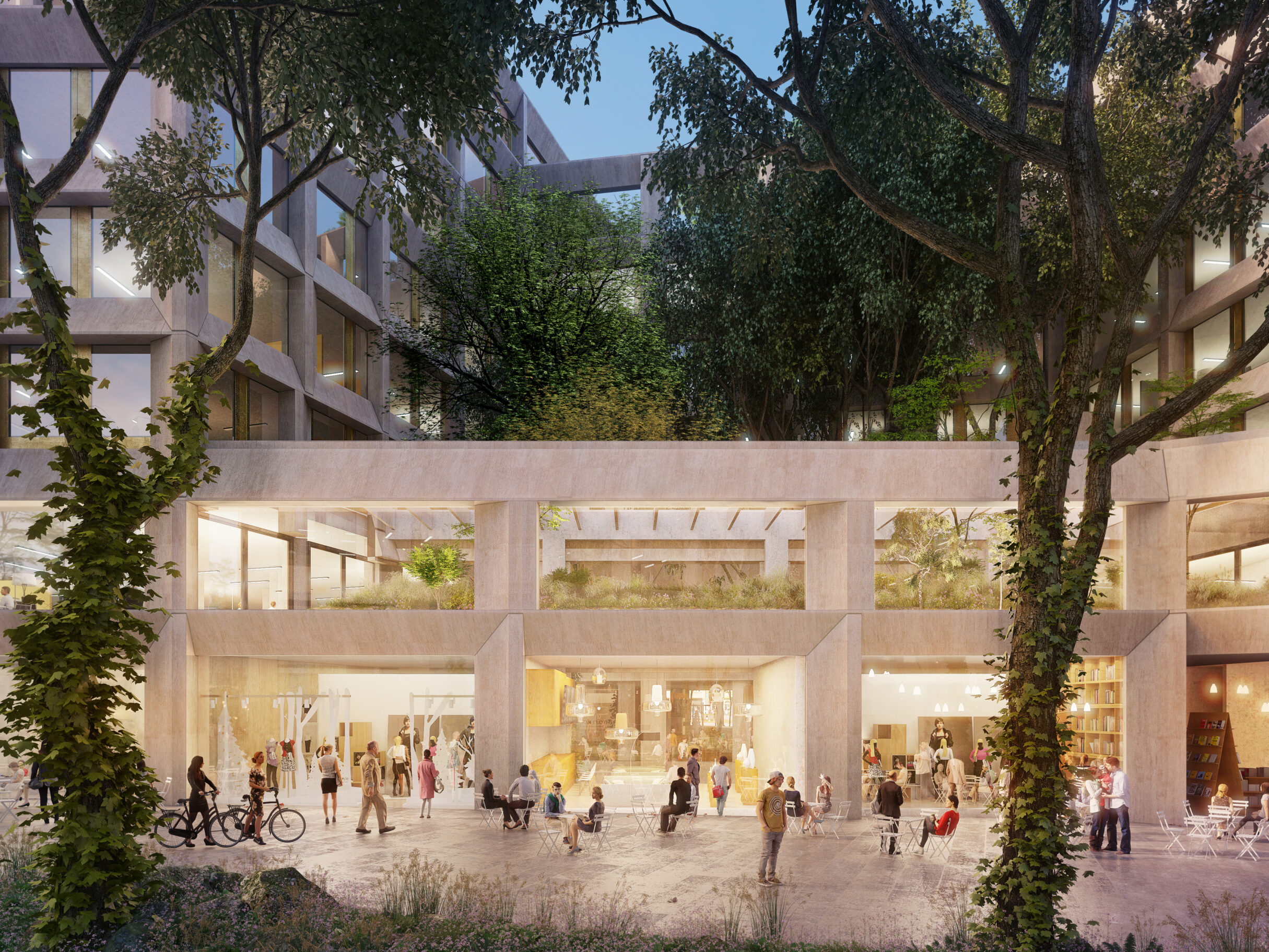 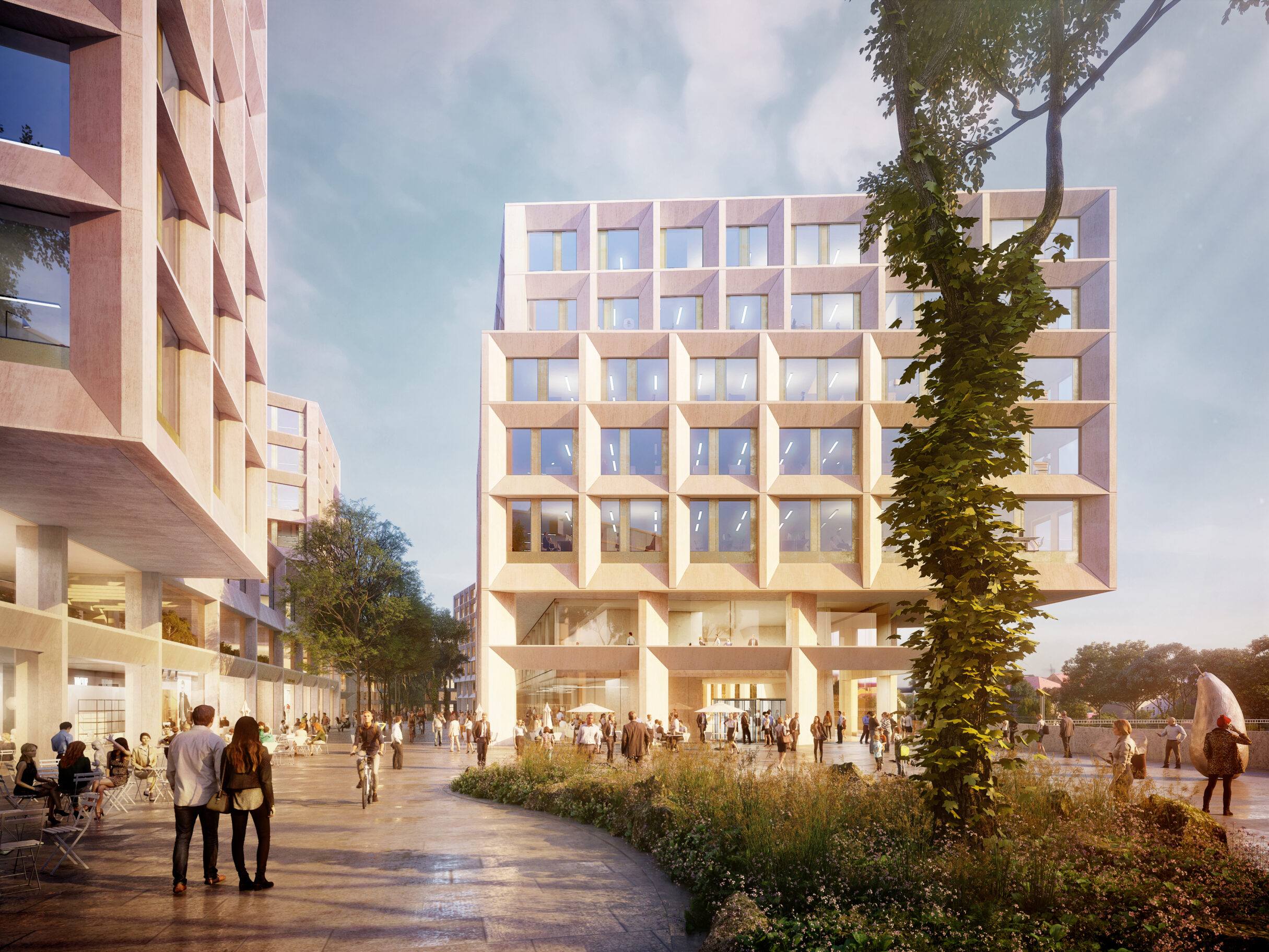 The CSHQ campus consists of four sub-buildings CS-A, CS-B, CS-C, CS-D accessible from a large common hall located on the 1st floor and common interconnected underground floors. Two of the buildings have an inner courtyard. The other two buildings are open to the east and have large terraces with greenery and views of Vyšehrad Castle. Each office building can have its own access from a public space and operate independently. Each floor is always served by two cores. The layout is based on a city block with one open side.

The facades of the buildings are designed with regard to the traditional division with a regular vertical rhythm, represented by the alternation of windows and the pilaster, and the horizontal division by storey cornices. The noble architectural expression of the base of building A, B, its piano nobile, is supported by a two-storey arcade, open to the pedestrian boulevard. The distinctly plastic design of the façades supports, on the one hand, their reference to the architectural tradition, expressed here in contemporary materials, and, on the other hand, it expands the range of technical solutions to protect and stabilize the indoor environment under significantly changing external climatic conditions. The surface material solution of facades is considered from highly durable and quality materials, such as stone, high-quality concrete, aluminum, stainless steel and low-emissivity glazing. 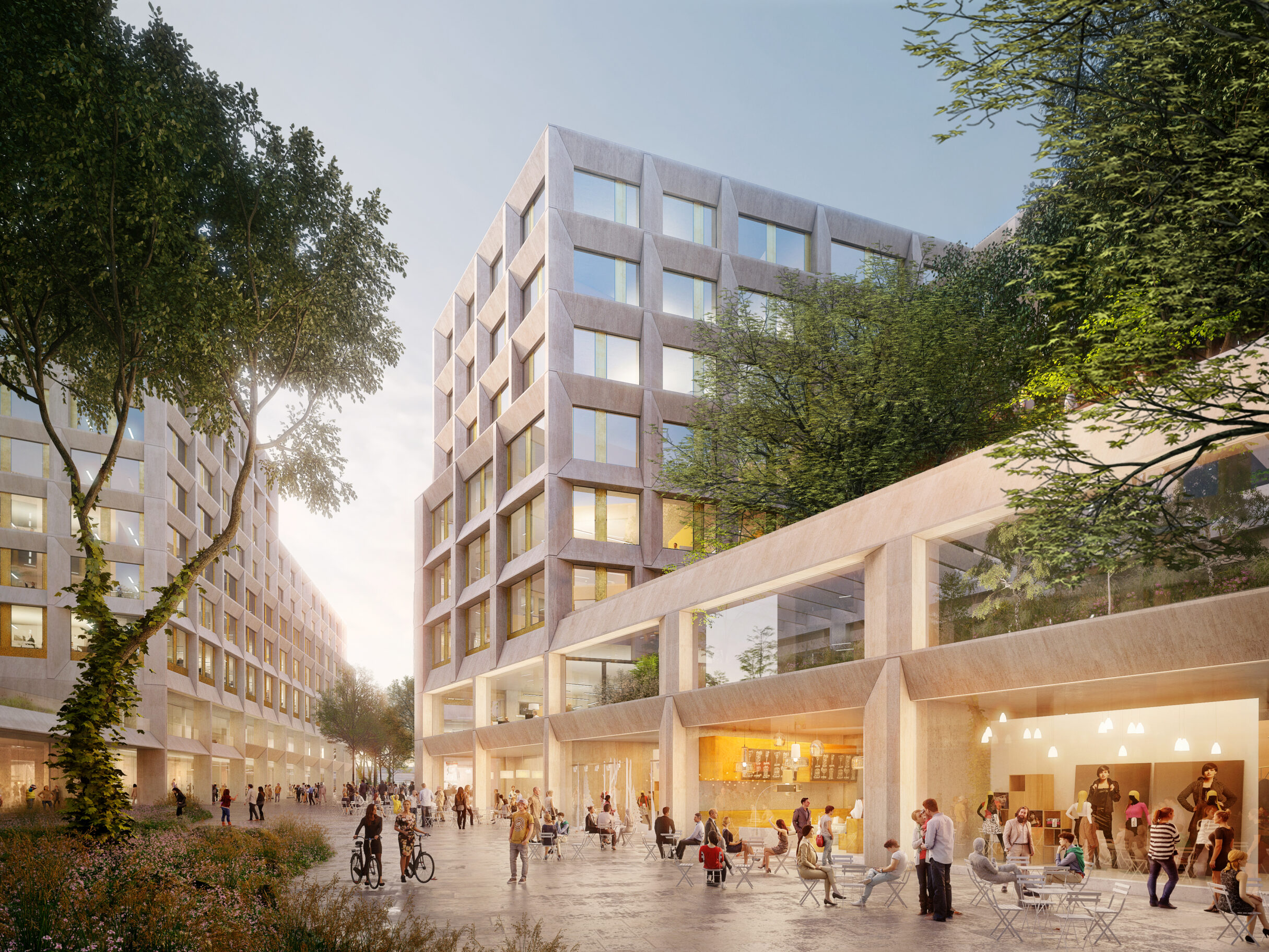 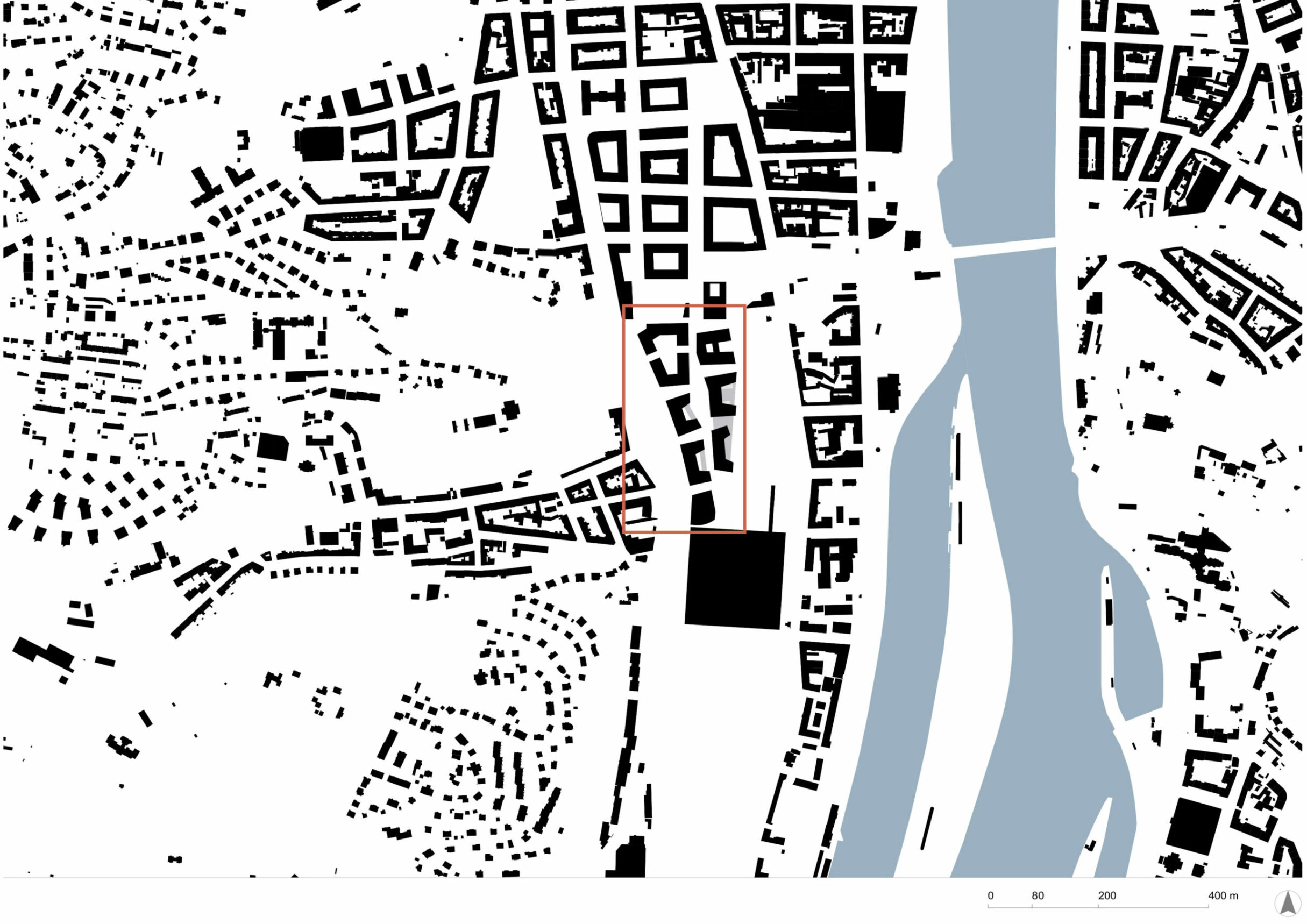 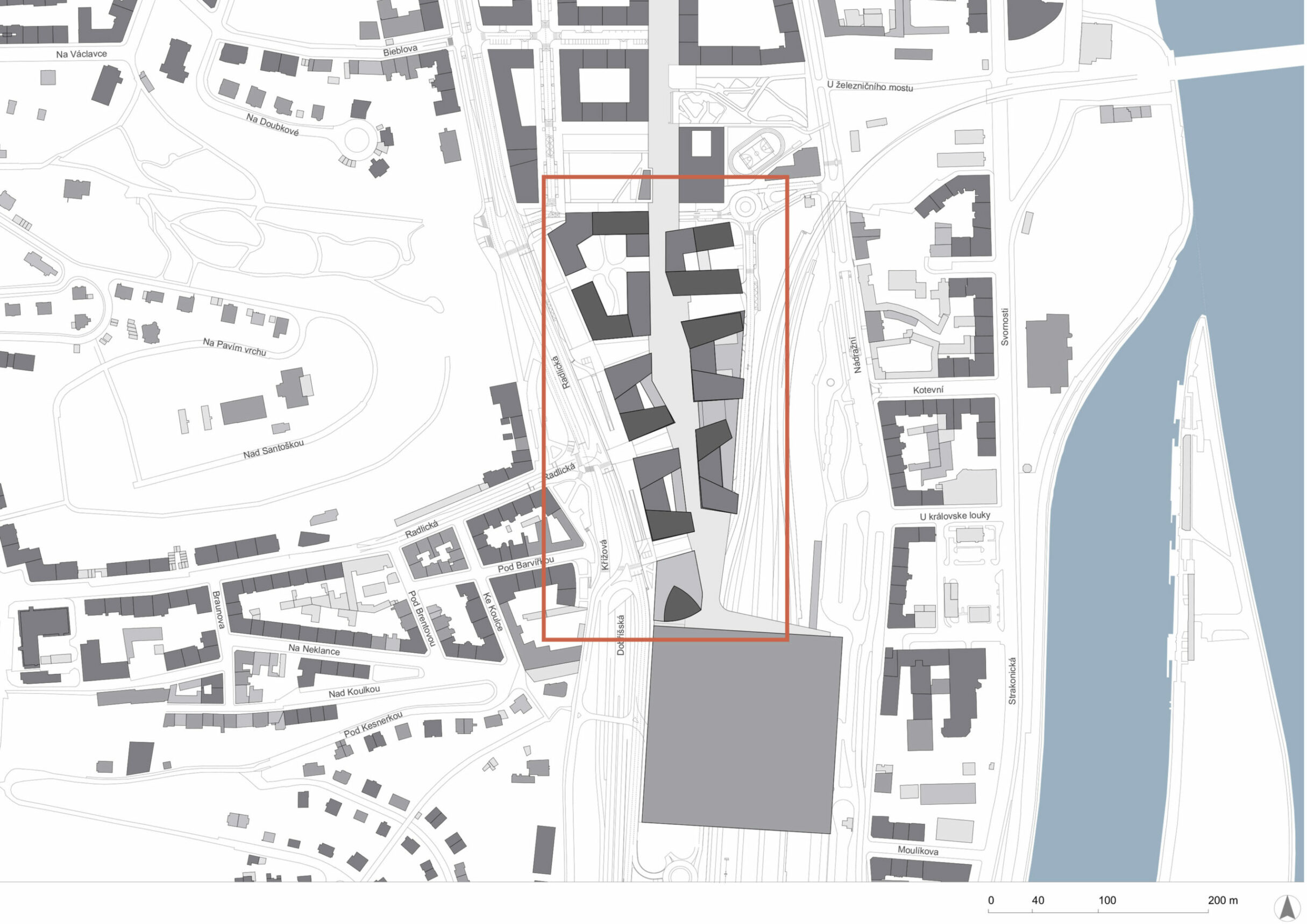 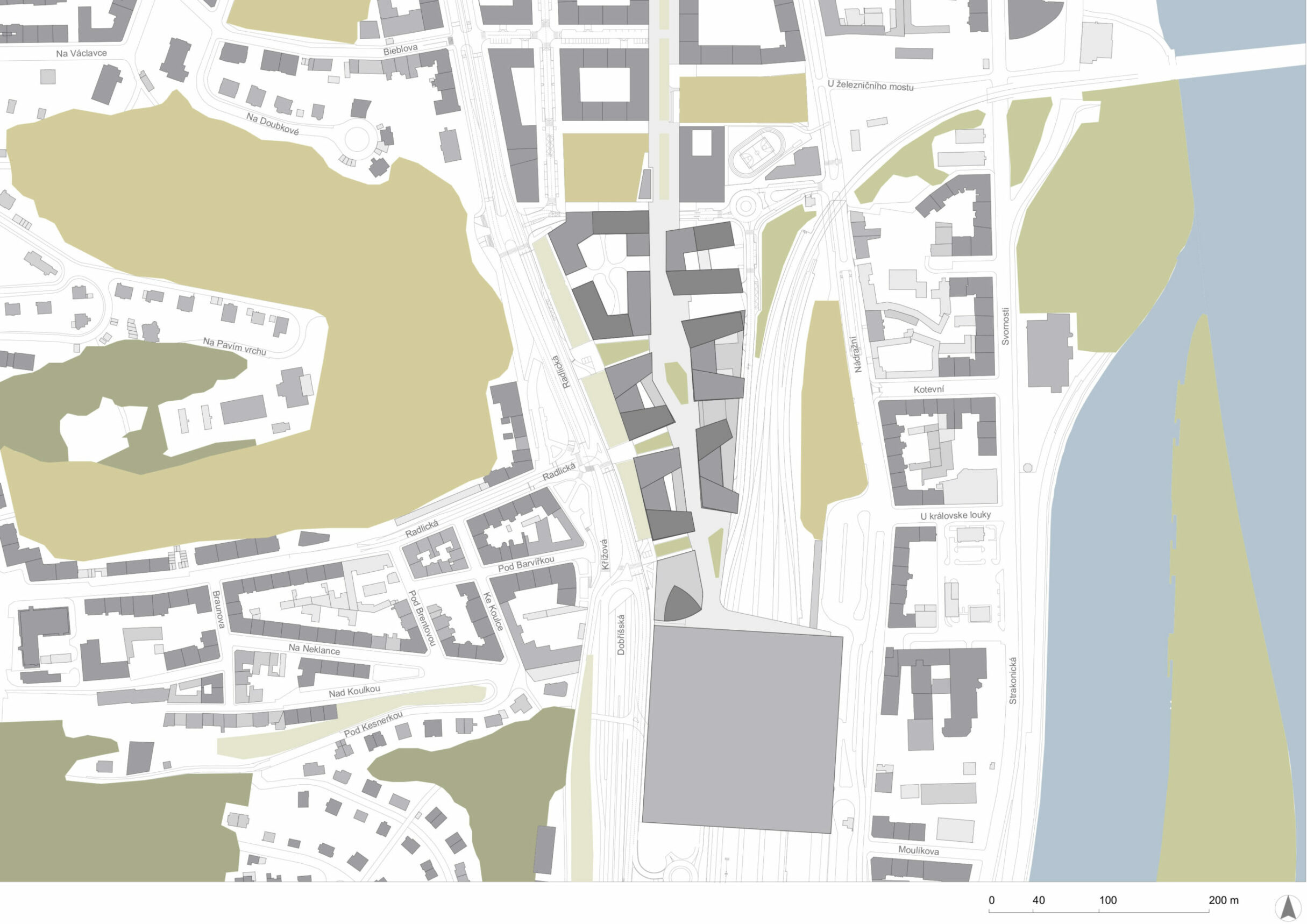 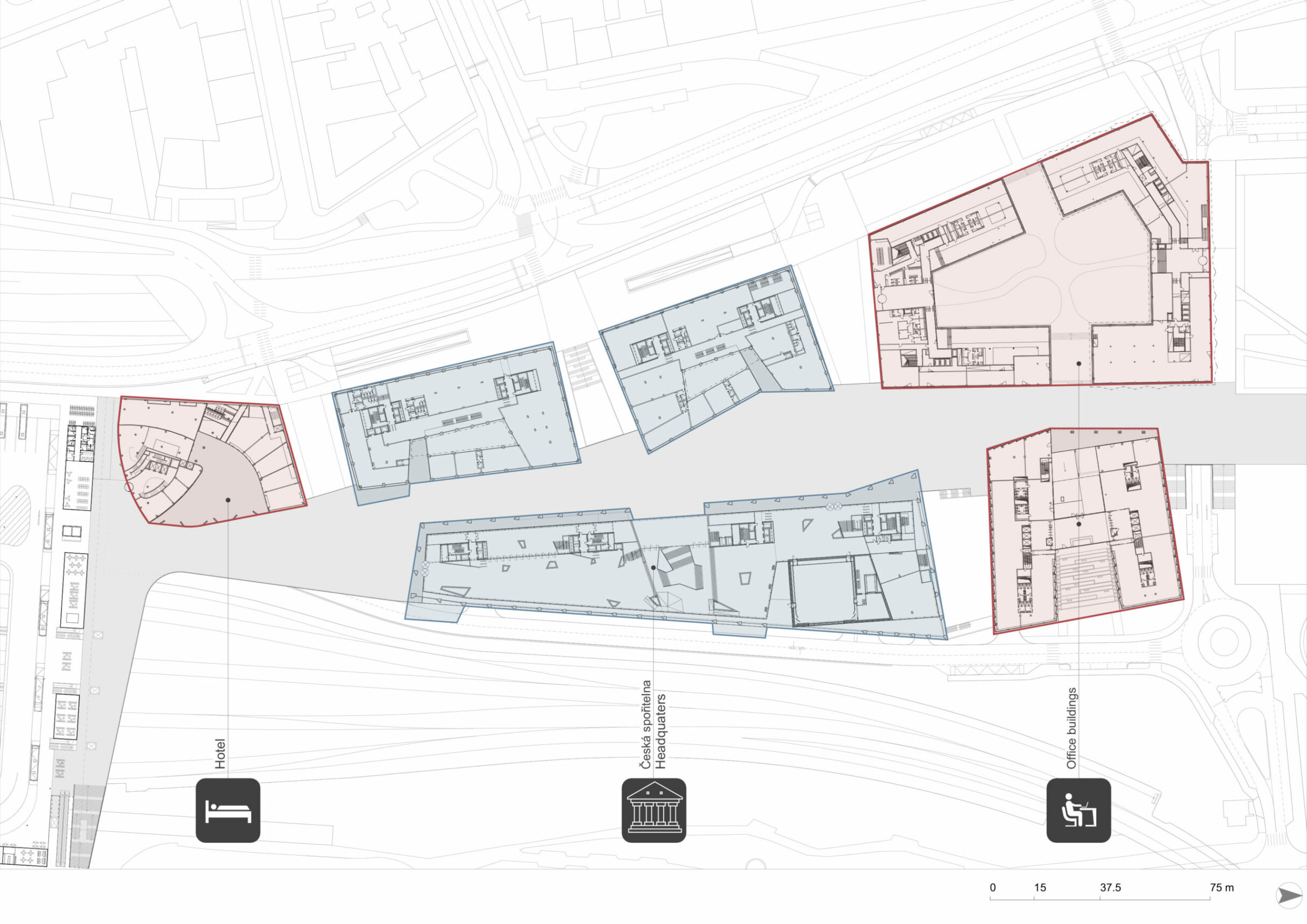