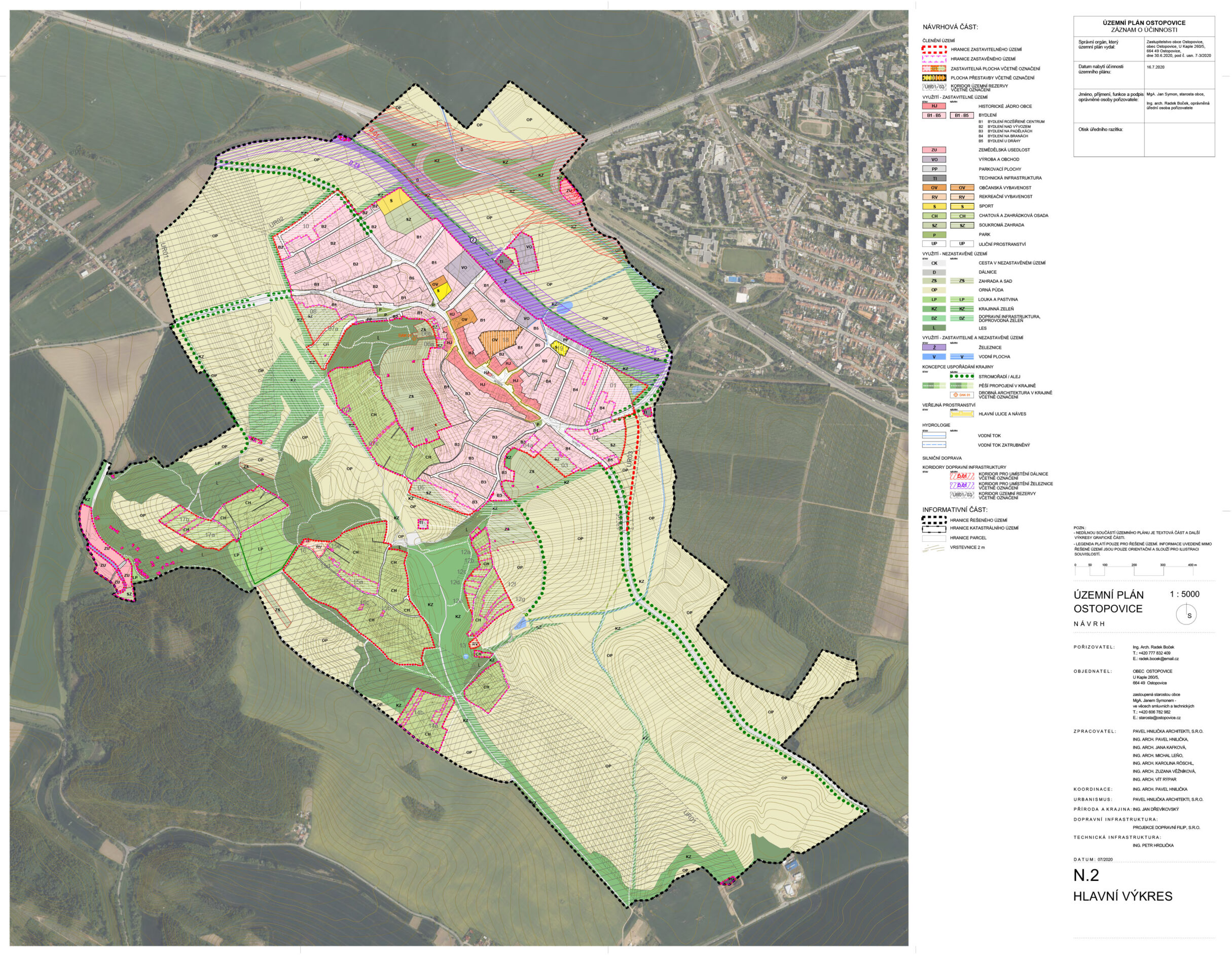 The concept of the zoning plan is based on directing the hitherto predominantly extensive development of the municipality. The priority is to build up the empty spaces near the center and use the gaps in the existing built-up area, which may be followed by localities in the peripheral parts. The development of the village is naturally delimited on the north and south sides by the railway line and the Přední Hora massif. The zoning plan clearly determines the appropriate boundary of the built-up area on the eastern and western sides of the municipality and thus defines the settlement in relation to the open landscape.

The urban concept of the Ostopovice zoning plan can be summarized in three basic topics:

1. Quiet living in the hinterland of Brno
2. Landscape of garden settlements
3. Gate to Bobrava

1. Quiet living in the hinterland of Brno
Ostopovice offers favorable conditions for living in single-family houses in a rural village near Brno. Although the village has avoided an uncoordinated sharp wave of satellite construction, the peripheral parts where the new development is located are not yet urbanistically completed. The zoning plan proposes to improve the quality of these localities by supplementing the missing buildings and improving its permeability. Along the western and eastern edges, it designs a green belt, which will ensure its smooth transition to the open landscape. 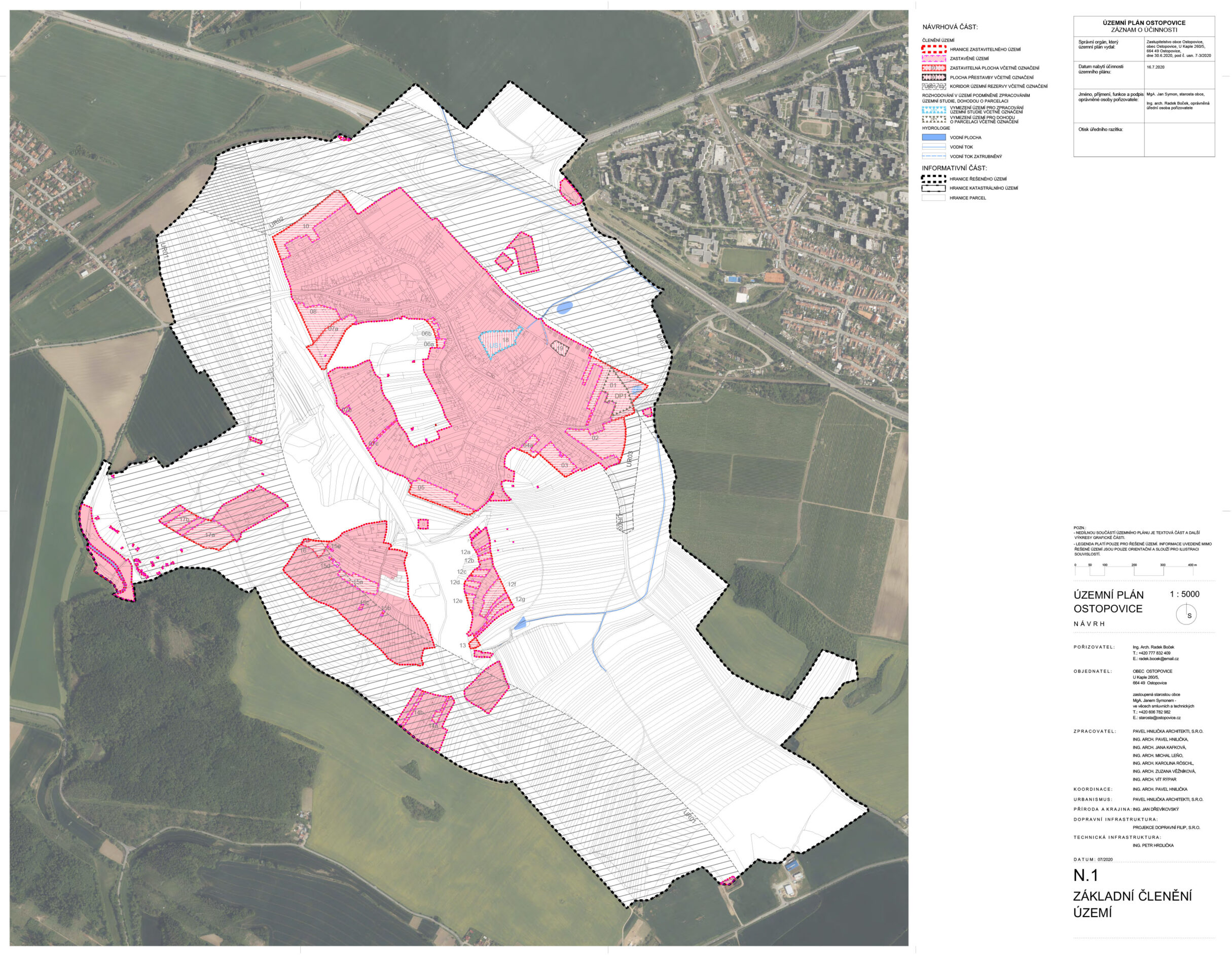 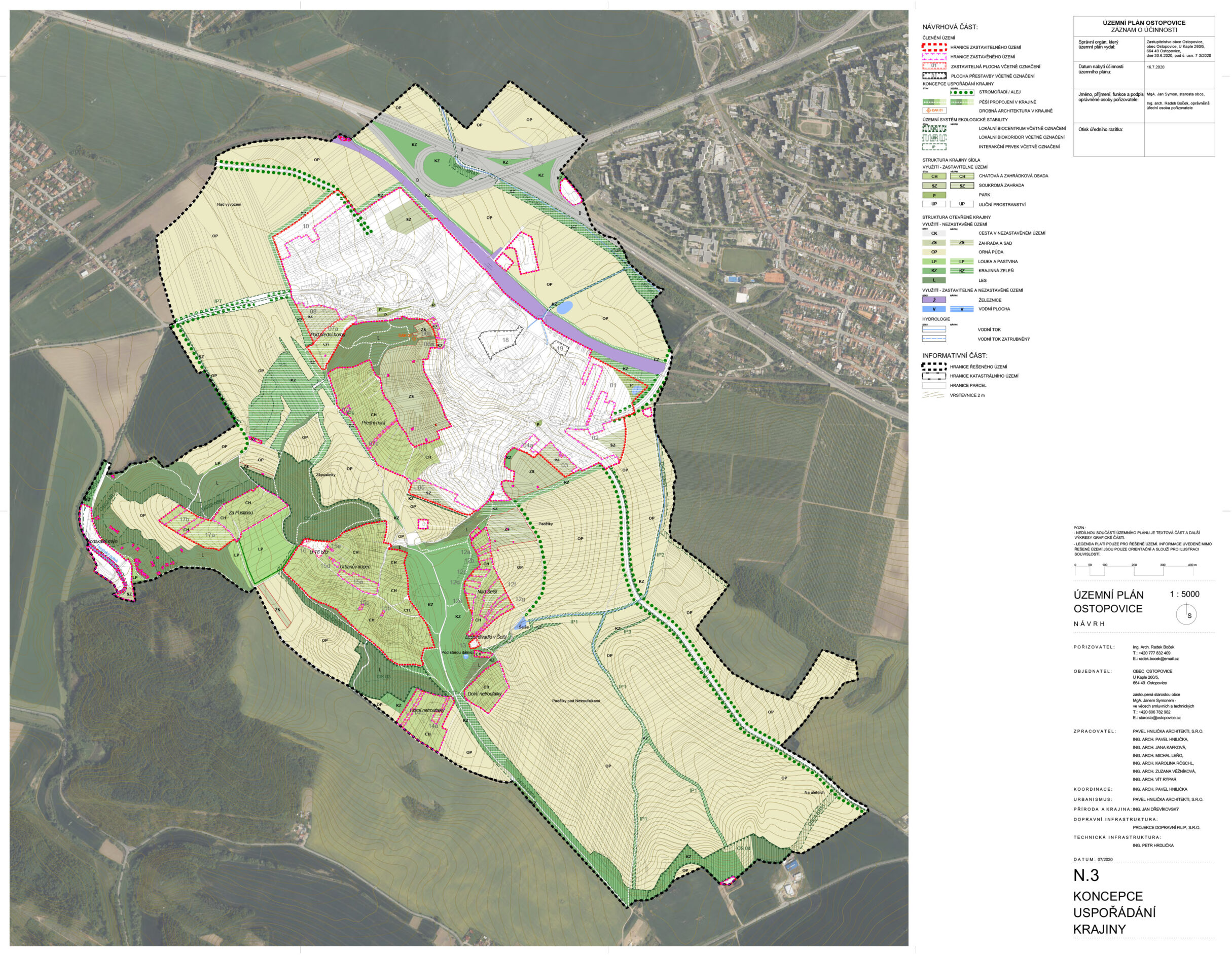 3. Gate to Bobrava
The landscape of Ostopovice is significantly shaped by the eastern edges of the Omická Highlands. Landscape values ​​are protected and developed by a clear delimitation of the buildable area and the delimitation of areas with different uses for undeveloped areas. A number of walking and cycling routes lead through the area where buildings are not permitted, which the zoning plan strengthens and complements in some places. Another valuable landscape element is the unfinished construction of the so-called German motorway. The zoning plan fixes this phenomenon in the territory by classifying it into a system of roads and landscape infrastructure. The development of the recreational potential of the open landscape is initiated by the zoning plan by defining the areas of landscape facilities. 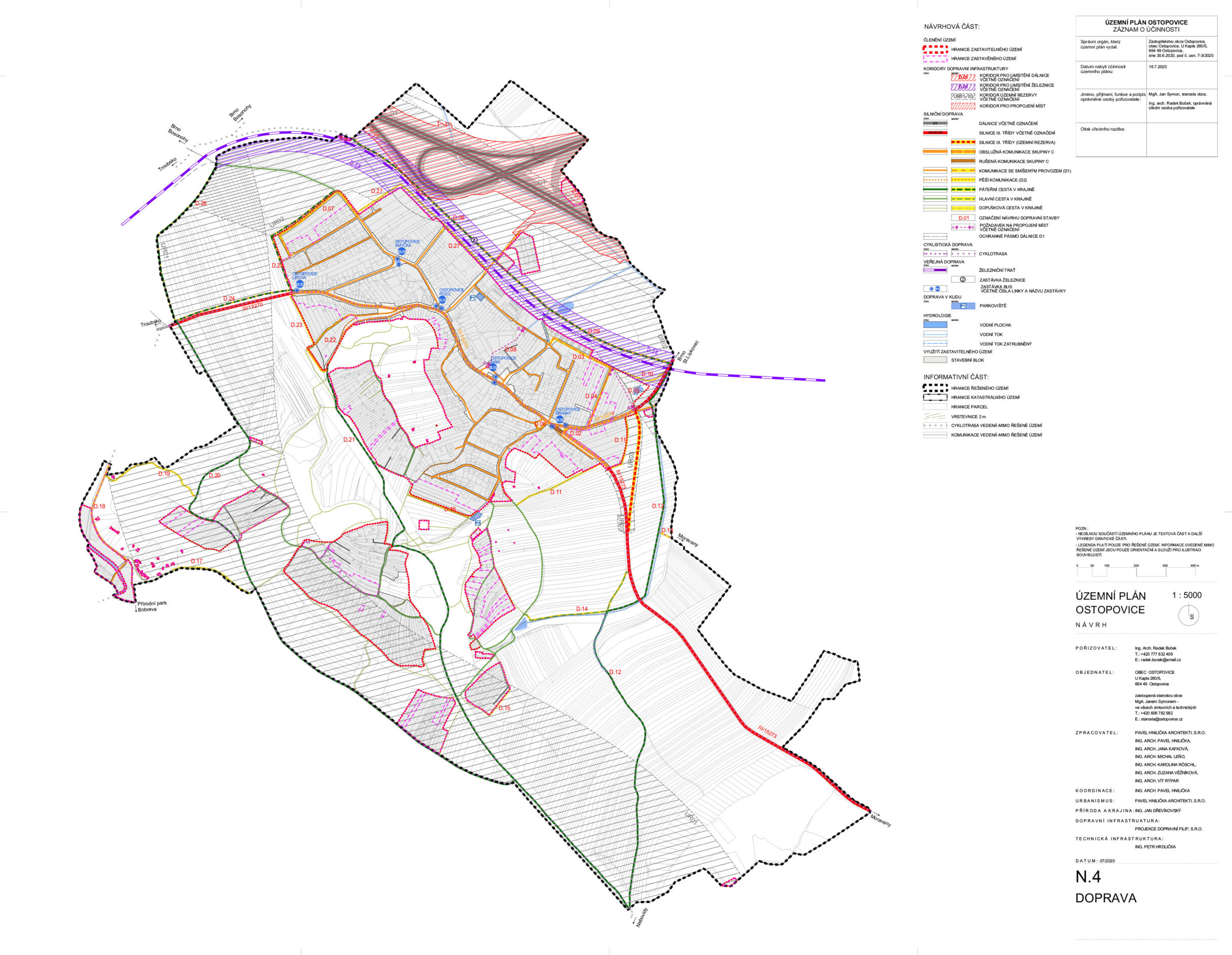