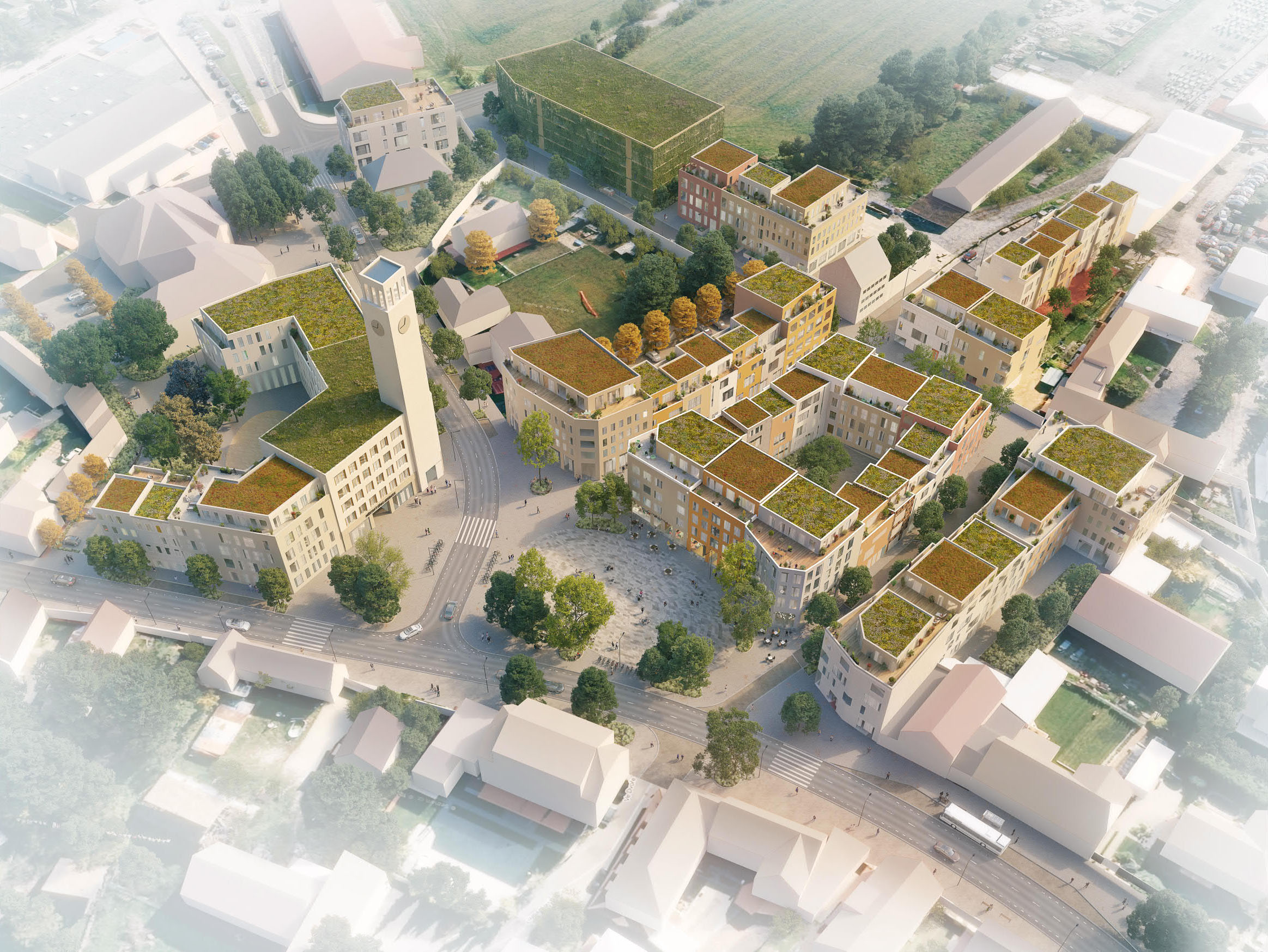 A competition proposal.
The center of the town of Jesenice is created in the historical footprint of a funnel-shaped village square, which gently widens in the southern front of the buildings. A huddled row of houses with a town hall and a tower at the head of the square creates a dignified urban space worthy of the size of a residence. Public spaces, especially for pedestrians, with their attractiveness and lively parterre of buildings encourage to stay both during normal days and during festive events and markets aswell. After the Velvet revolution in 1989, the town of Jesenice underwent a rapid construction development (mostly housing projects). The construction development took place spontaneously and chaotically without the overall concept. The city lacks a center anchored in space and time, which would create the identity and cohesion of not only the buildings but also the locals.

We carefully shape the structure of public spaces so that it builds on existing routes and the memory of the place. The shape of two village squares connected by a wide street is still evident from the layout of the development. The basic urban idea of ​​the design is to define the center of gravity of the city in the shape of an hourglass. Together with the modification of the road management of Budějovická and Říčanská streets, a sufficiently large space will be created for organizing markets and social events.
The town hall with the tower will reach the most dignified place of the new square. The vertical of the town hall tower will determine the significance of the center of the town of Jesenice and will be visible from its distant parts and surroundings. 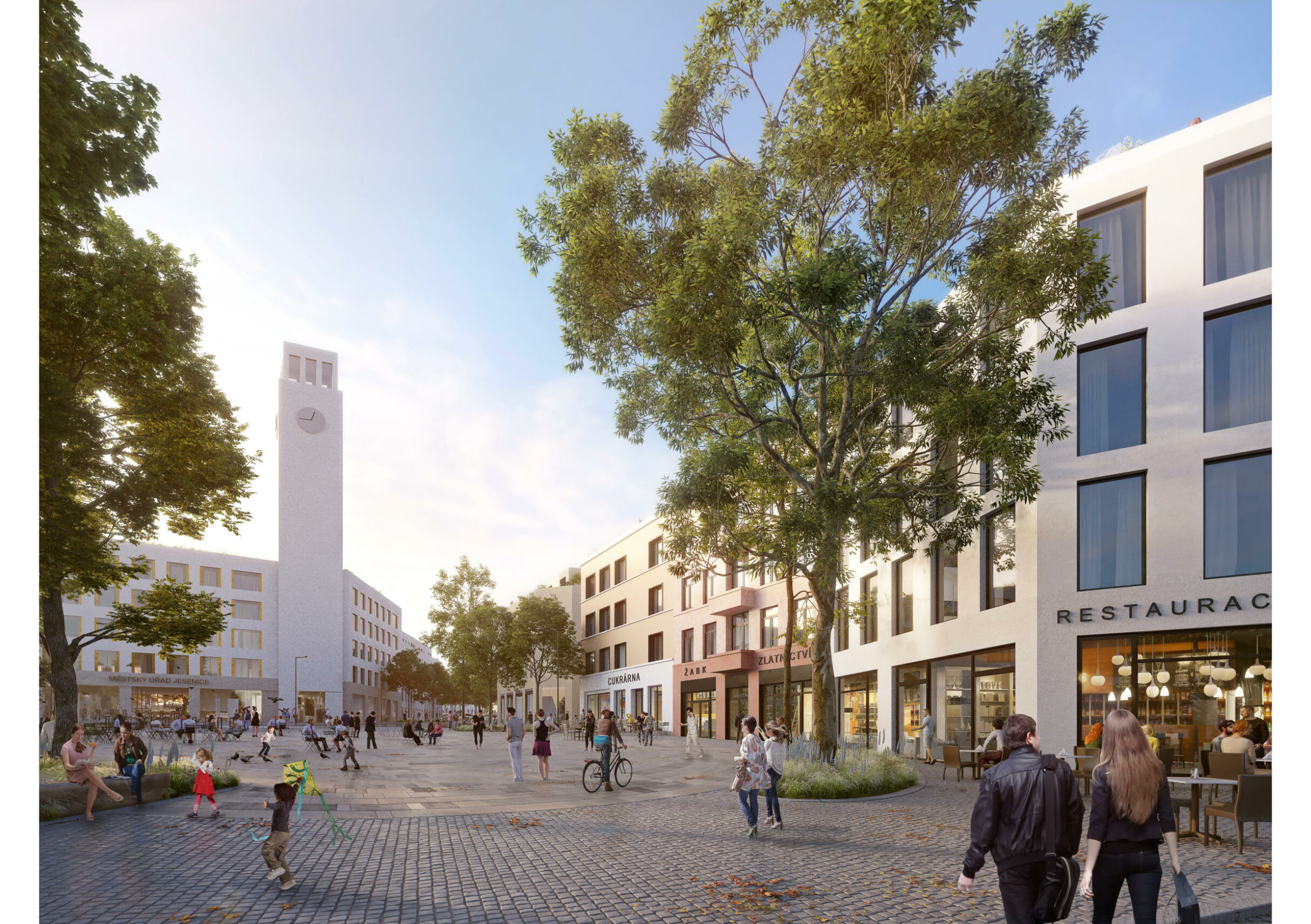 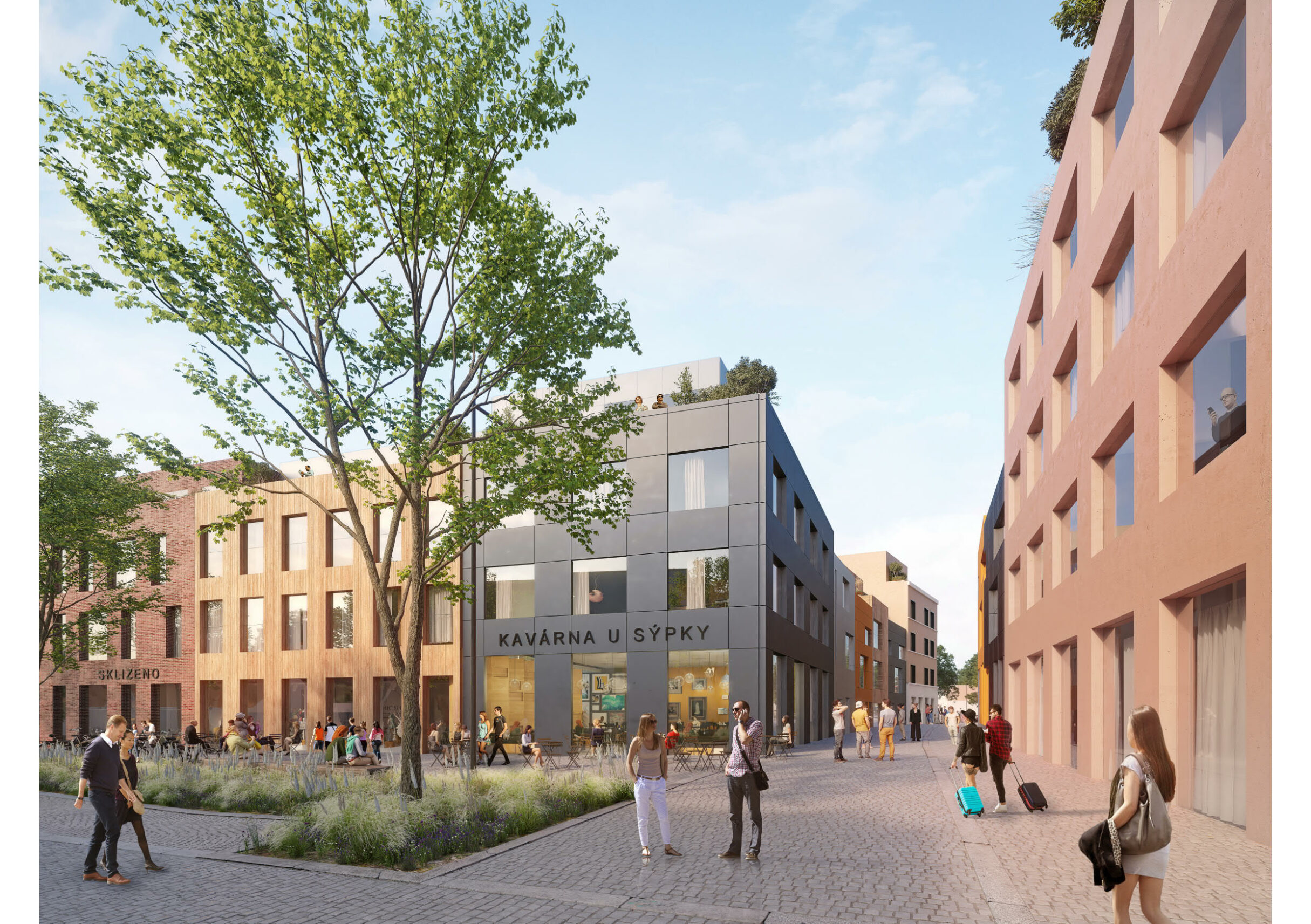 The diverse architecture of the buildings and their smaller scale will guarantee the friendliness and habitability of public spaces. The active parterre of the buildings will open their ground floor to public spaces and thus create an attractive urban environment with shops and services.
The lively and vibrant square will be connected to the town hall by a passage in the the same building, which will offer a quiet area with a fountain in the shade of the trees.
The system of public spaces will be complemented by the anteroom of the existing municipal hall and a small square by the granary, connected to the main square by a pedestrian alley.
With a set of large and small squares, we will create the identity of the town of Jesenice. The identity that will make the seat known in the broader context of smaller cities around Prague, but also by the locals.

The site in question is located at the intersection of two major, often congested roads. The precondition for the completion and reconstruction of the area is the construction of the Jesenice bypass. This bypass is located in the east-west direction in the southern part of the territory and will have a positive effect on the intensity of traffic in the city center. 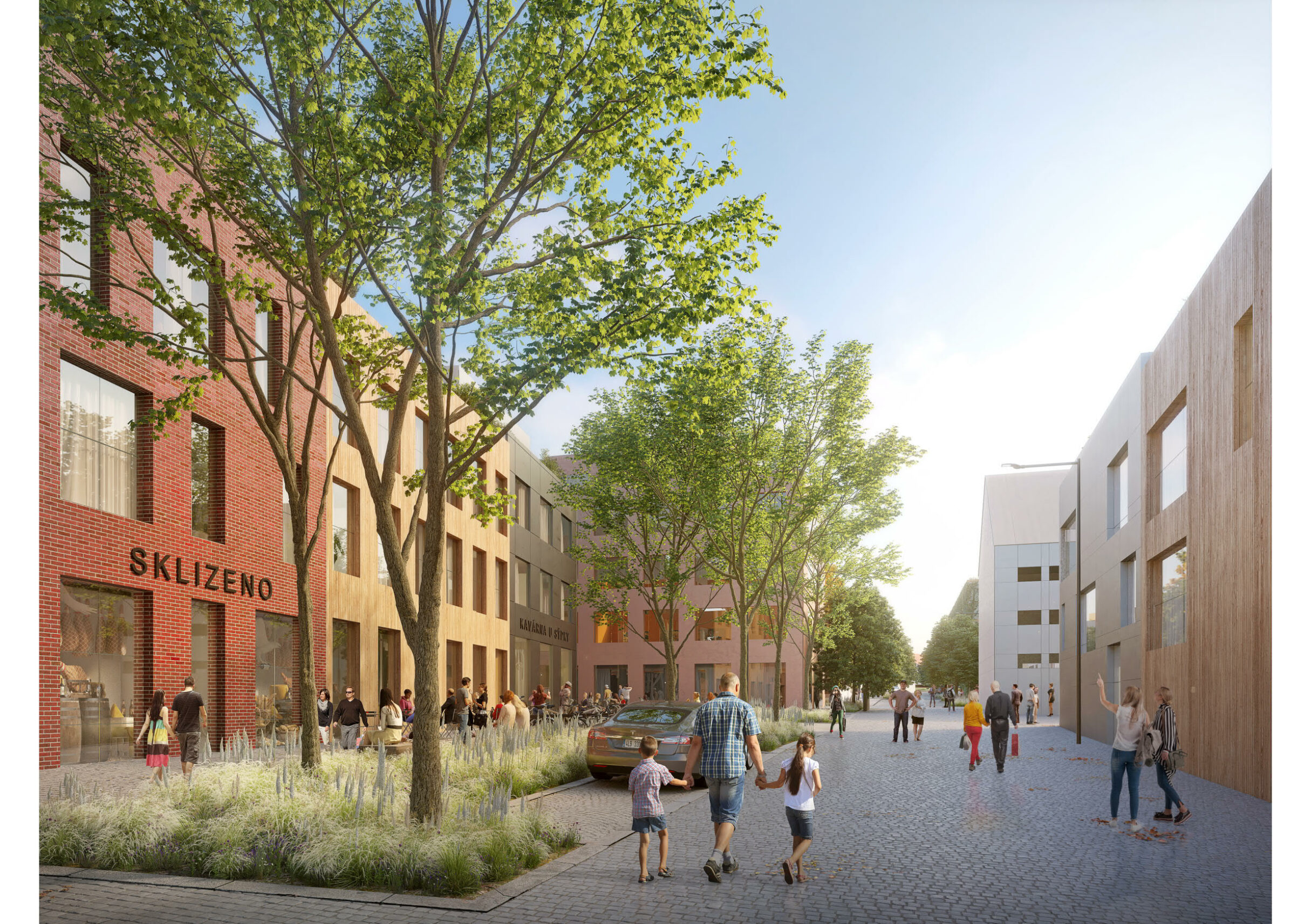 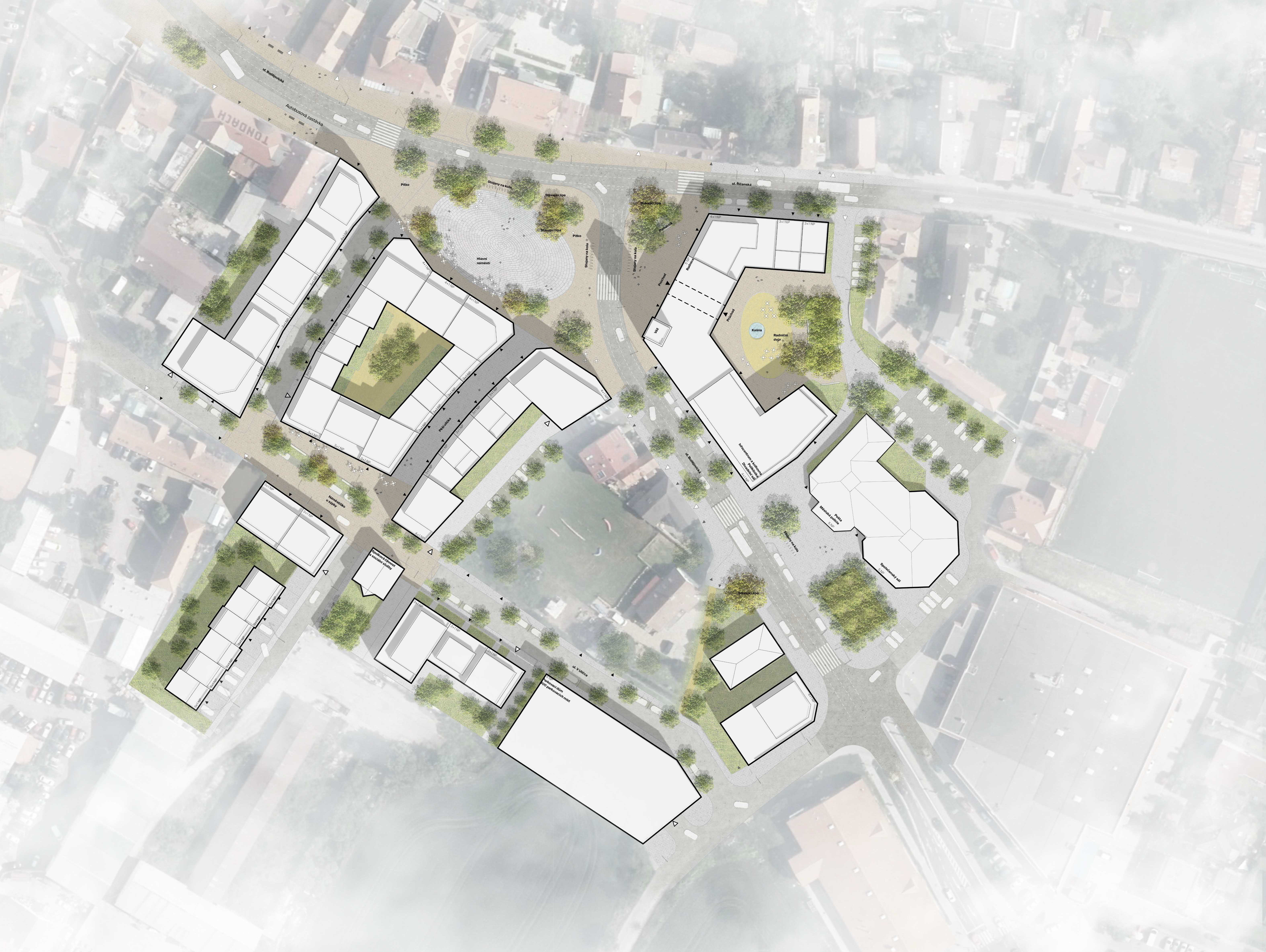 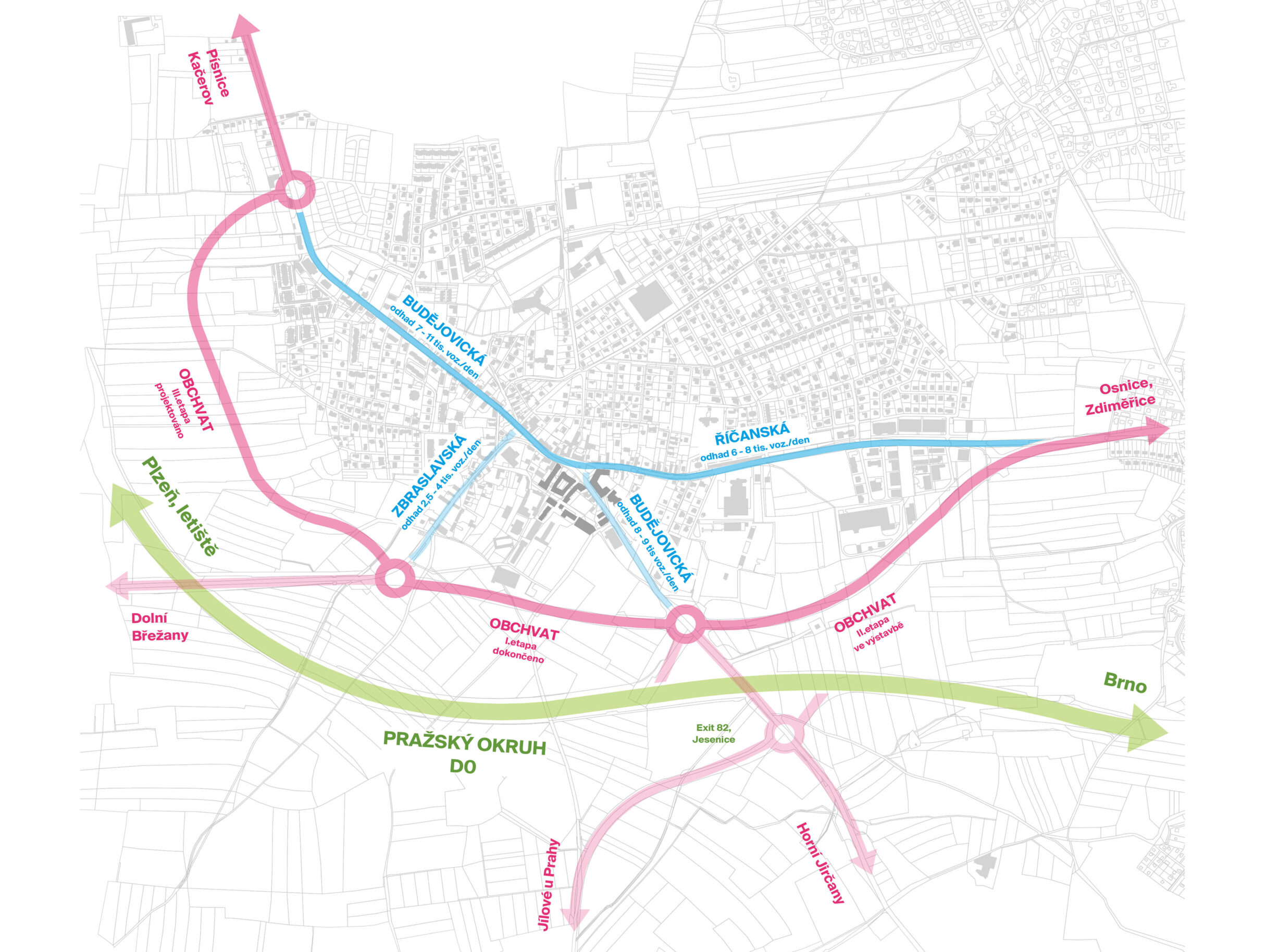 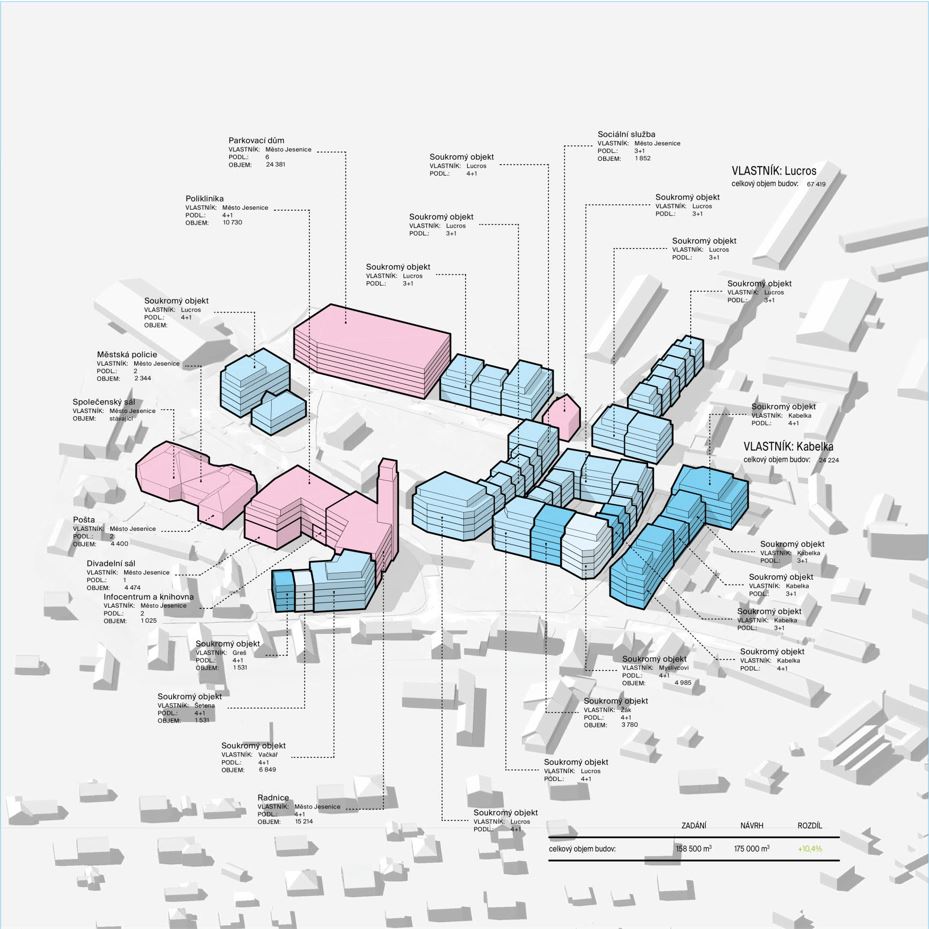 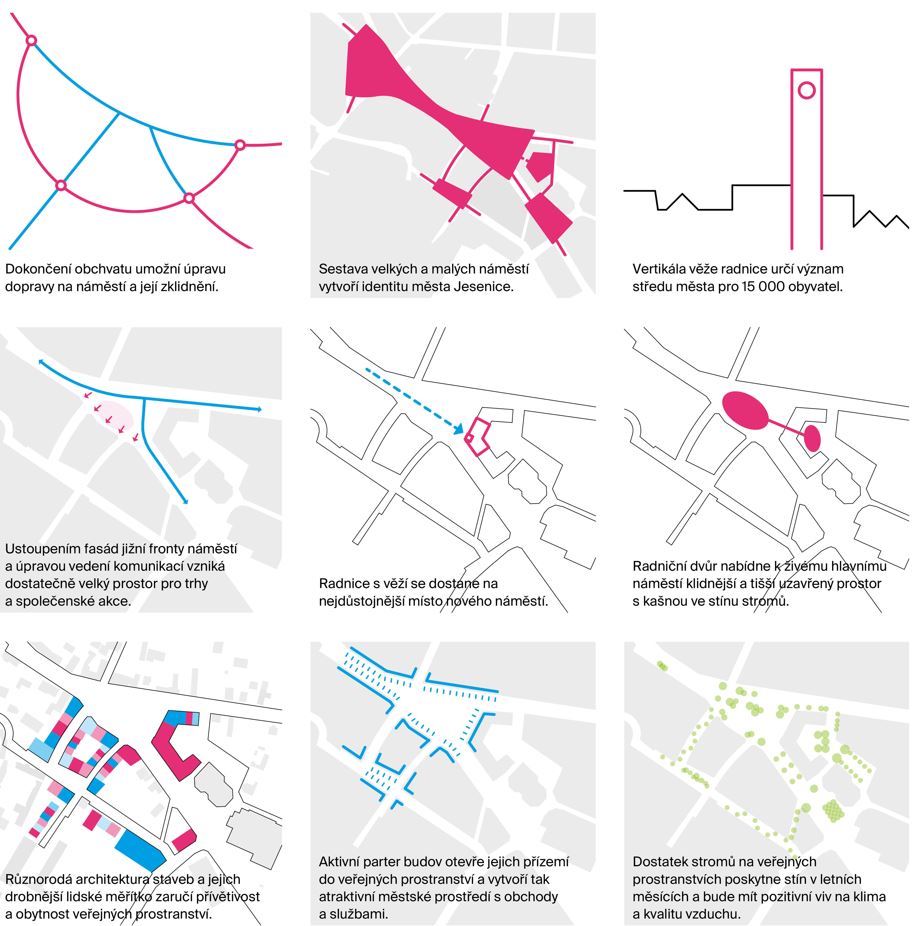